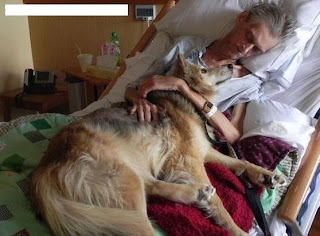 This photo is of a dying homeless man's last wish was to see his dog one more time. Yurtie, a female dog used to live with Cedar Rapids 57 year old Kelvin Mc Clain in his car.Unfortunately, Kevin became ill with lung cancer. Hospice employees say it was the most touching moment ever. And it was their last time together. Kevin died shortly after he met the dog. Yurtie how lives with a new family.
Posted by redpups at 8:48 PM No comments: 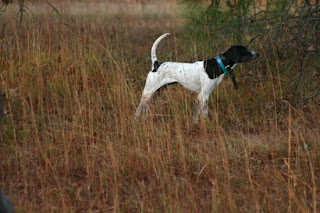 For additioanl info, go to http://www.nrsftc.com/pdf/SpringWalkTrial2012.pdf
Posted by redpups at 9:15 PM No comments: 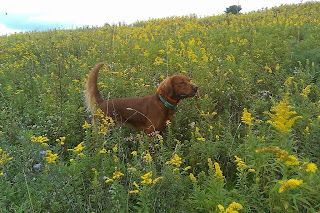 Picture's of Anthony's Sadie inspired me to post these of my dog Brody. He's 2.5 yrs old, and also heavy to Bearcat lineage on both sides (son of Chaparral). Most of my pictures of him on point are in the thick stuff, so here's one in the open to show what he looks like. Drinking in scent. 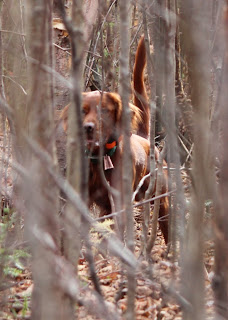 Brody's my first venture into red dogs -- I've had English setters... which by the way are far easier to see in the woods! Brody blends right in with the bracken ferns and alot of other dead leaves, so the beeper collar on point mode is just about essential.

I pretty much hunt ruffed grouse and woodcock, a little in the Lake states but mostly in New England and NY. But not as much as before kids, of course. Fortunately my job brings me across much of the Northeast, so I always bring my dog and a shotgun, just in case. Northern NY and New England are good places to work in October...
More typical of my dog pictures is this one, pointing a woodcock in Maine. 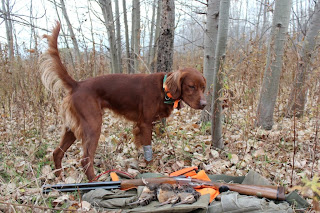 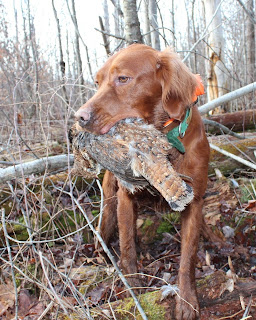 and a red phase grouse extracted from a red pine blowdown -- the hardwoods sprouted up nicely, but most of the time you're three feet above ground on slippery dead logs. But the birds were in there.
Posted by Path Walker at 5:52 PM No comments: