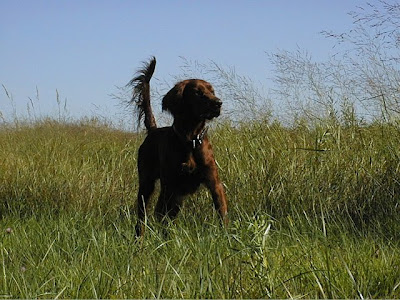 The ISCA Board is holding the 2010 National Hunting Test (HT) and walking Field Trial (FT) on April 3 and 4, 2010 at the spectacular Cloverdale Farm field trial grounds near Danville, VA, where AKC National Pointing Dog Championships have been held. These are truly superior grounds and we were very fortunate to get them – many thanks to member Kevin Culver for securing these wonderful grounds. In addition, I have more good news – the ISCA Board of Directors has also approved our first running of an ISCA-sponsored walking Gun Dog Championship. This event will be held on April 2, 2010, the Friday before the National HT/walking FT on the same grounds. This year, it will be held as a parent club (ISCA) Championship and no AKC title will be awarded. It will be an Open stake run according to AKC Gun Dog rules. The winner will be awarded the title of ISCA Walking Gun Dog Champion of 2010.

A proposal for an ISCA Gun Dog Championship was approved by the ISCA Board in April 2008 and the proposal was submitted to AKC for review in Dec 2008. AKC is supportive of ISCA pursuing this new Championship. New performance Championship events are typically run for a few years prior to AKC granting National Championship status so if this event goes well, we could eventually obtain approval for an AKC title of National Irish Setter Open Gun Dog Champion of 20xx. AKC also provided ISCA with some recommendations for the event that we plan to follow. Those recommendations are:

(1) Qualifications to enter – Quality of competition must be meaningful

(2) Number of starters – Amount of competition must be significant

(3) Structure of stake – Provide a meaningful opportunity to demonstrate abilities. Must be more than a normal weekend trial.

Qualification for the event shall be a placement in any gun dog stake, first place in a derby stake, or a pass in a Senior Hunter test. We are hoping you will consider participating in the event so that we meet the “significant number of starters” recommendation. The stake will be 45 minutes long which is more than the normal weekend trial. This event is our first one and of course, will evolve. We look forward to enhancing it to make it an event that everyone would like to attend, and an event that showcases our wonderful Irish Setters in the field.

We are also asking for volunteers J to be on the various 2010 National Hunting Test, walking FT, and ISCA walking Gun Dog Championship committees and to help out with marshalling, bird planting, etc. If you want to volunteer for any of these committees or help with any task, please email me at (nina_12345@sbcglobal.net) or call (281) 486-9735. We would really appreciate your support in making this a grand event, befitting such a wonderful venue.

The 2010 committees and tasks are:

We have located a host hotel and blocked a set of rooms. The hotel will allow dogs in the rooms but you must sign a pet agreement when you check in, and you must notify them when you make your reservation that you are bringing dogs. The host hotel is:

II know I did not get everyone on the distribution list who might want to come, so please forward this email to anyone else you think might be interested. I also plan to advertise the event in the December Memo to let the ISCA membership know of the plans. I hope you all can come because the 2010 event will be quite a memorable one, I’m sure!!

Posted by redpups at 4:18 PM No comments: 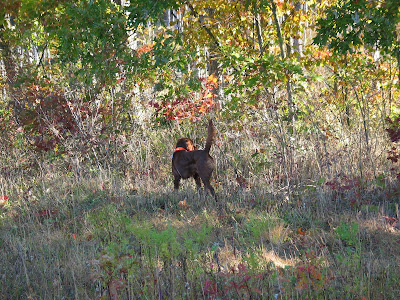 Red setter Flushing Whip Roger Ramjet nails a quail during the
Jack Carter Memorial Amateur Walking Shooting Dog stake
Congratulations to the winners and placements for the fall renewal of the Ohio Red Setter Field Trial Club. In spite of a wet week and threat of rain, the weather was dry and just about perfect for the two days of running. I think that Jack Carter is watching over us every spring and fall and making sure we have good weather!
Thanks to everyone who, like always, pitched in and gave a helping hand for this trial. We don't have a clubhouse, no place to really cook, nothing but fields and trees... it's an "old fashioned" trial without the frills, but it always goes great because everyone pulls together. Special thanks to Ed Bartlett, my right hand man, to Tim McClurg for his generous use of horses, to Nick Mellon, pro trainer from Pittsburgh area, to Joe Kusmiercyzk for his donation of food for the cause, and to everyone who lent a helping hand to keep things rolling!
Also, a big thank you to the judges who spent the time in the saddle to watch our dogs... Ed Bartlett, Al McKinny, Tim McClurg, Chris Howerton, and John Golob.
Here's the results... 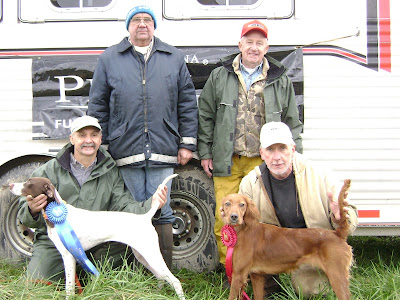 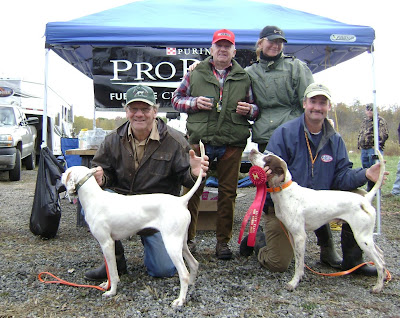 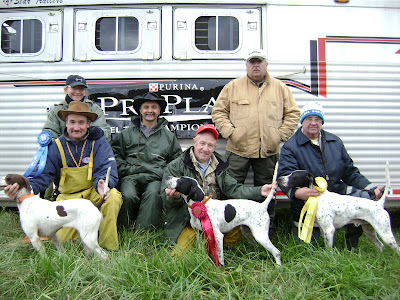 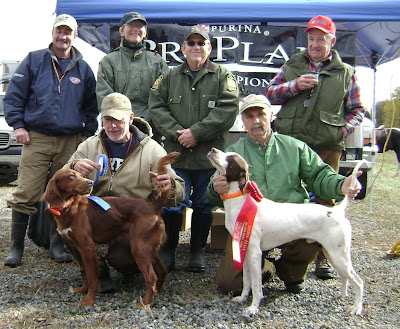 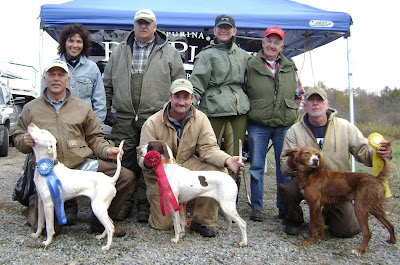 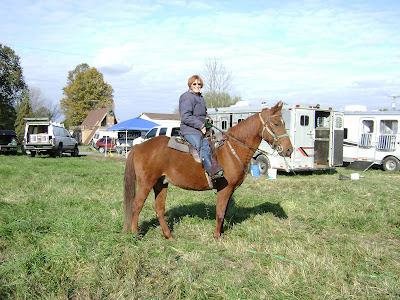 Deb Fazenbaker and Prince ready to ride the gallery. Thanks to Deb for offering her "trial famous" Smokin' Hot Chili for lunch on both trial days. Also thanks to MaryAnn Bartlett for the great desserts! 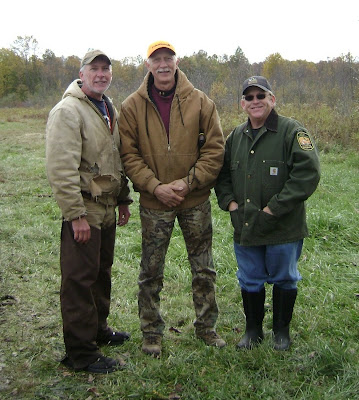 The Three Amigos...
Al Fazenbaker (best dressed)
Nick Mellon
Al Lee (Region Director for ODNR Div. of Wildlife)
Special thanks to Al Lee for driving up from Akron to check out our trial... we really appreciated the work the ODNR Div. of Wildlife did to prepare the grounds this year... the mowing by the Div of Wildlife was just about the best we've seen in years. We tried to get Al to jump on a horse, and I know he had several offers to purchase some good pointing dogs, so hopefully we'll see him back in March to run in the puppy stake!! 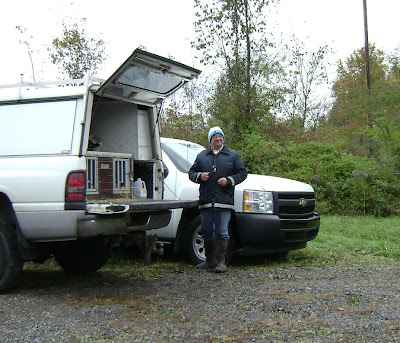 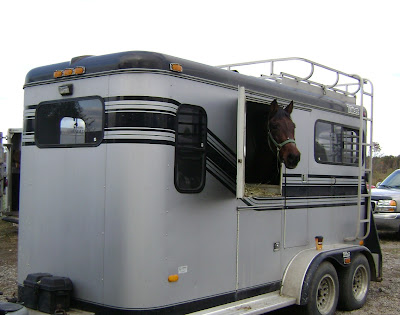 See you all again in the spring!

Posted by redpups at 6:04 PM No comments:

The U.S. Sportsmen’s Alliance is a national association of sportsmen and sportsmen’s organizations that protects the rights of hunters, anglers and trappers in the courts, legislatures, at the ballot, in Congress and through public education programs. For more information about the U.S. Sportsmen’s Alliance and its work, call (614) 888-4868 or visit its website, www.ussportsmen.org.
Posted by redpups at 8:30 AM No comments: