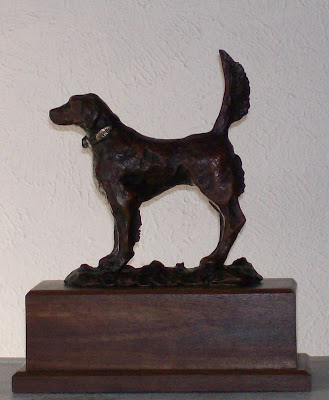 The Jim Fike Amateur Handler's Award
The National Red Setter Field Trial Club is pleased to announce the introduction of the Jim Fike Amateur Handler’s Award, in honor of the accomplishments of Jim Fike and his contributions to the Purest Challenge. It will be awarded yearly, at the NRSFTC Fall Championships, to the amateur handler who has amassed the highest number of points while competing in FDSB sanctioned trials. These trials will include both horseback and walking stakes, open and amateur stakes. The award will run from July 1 to June 30 of the subsequent calendar year.
For details on the points system for the Jim Fike Handler’s Award, visit the weblink at
http://www.nrsftc.com/Rule_Points.htm
Please note: because the award is being announced part way through the eligible time frame, placements for any trial from July 1 2008 will be accepted retroactively.
Please send all placements, complete with a description of the stake, to Jim Baker at
murphy@mail.utexas.edu A complete update of the standings will be available online and in the Whip.
Jim Fike
A man for the Purest Challenge

By Jim Baker
The 1970’s were a low water mark for the Irish Setter in Colorado. The resurgence of the hunting Irish, begun in the 1950’s by Ned Legrand, was yet to reach the mountain states and sadly the Irish simply were not competitive bird dogs.

When Jim Fike came on the scene he introduced Colorado to the Purest Challenge and recruited converts to the cause. Johnny Red first gained attention with his fire and drive but Becky Broomsedge brought trialers into the fold. Both were lost too soon but others would follow. Dogs that were often the only Irish in the stake and were always a cut above the rest. 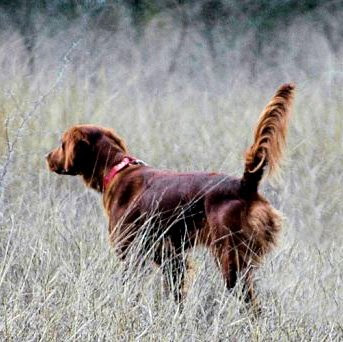 Jim campaigned his dogs through out Nebraska, Kansas, Missouri, Colorado, Utah, Oklahoma and Texas. He won his share and always presented the hunting Irish in a positive way. Traveling with him was instructive, often productive and occasionally entertaining. He was a fierce competitor but always a sportsman. A brief recounting of the Region 17 Amateur Shooting Dog Championship may best demonstrate this combination of attributes.

The venue was Burton Kansas and the two of us made the drive from Colorado. 58 dogs answered the call and Kay Cee Jo ran early in the stake. She was at the top of her game, carded 5 well spaced and stylish finds. Each with flawless manners. It was her time to shine and she was clearly the dog to beat. Jim elected to stay in camp for the following braces and while there he was joined by Rock Solid, a nice Pointer. The dog was running at the time and Jim realized that he was lost. He mounted up and returned the dog to his handler.

Kay Cee Jo was named RU CH and yes, you guessed it, Rock Solid was crowned CH. While Jim hated to loose I feel certain he never regretted his actions. 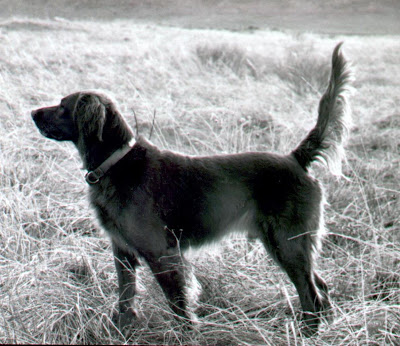 Darth Rader O'Reily
A Product of the Purest Challenge

The second and usually unspoken piece of the Challenge must be to find people to carry on. Either by design or chance Jim has fulfilled this as well. He established the Nebraska Amateur Shooting Dog Classic, was an active member of the Colorado Irish Setter Club, and was active in the starting of the ISCA National Championships. As well he produced quality dogs others were able to enjoy, hunt and successfully compete. It is especially appropriate that a man who gave so much to the Purest Challenge should be honored by having his namesake attached to this award.

Note: The National Red Setter Field Trial Club wishes to express its heartfelt appreciation to Jim Baker for his efforts in establishing this award and volunteering to maintain responsibilities for record keeping. Like many things that pertain to small breed clubs such as ours, it is individuals such as Jim who take the time to ensure that these important events in the club are brought to fruition. Thank you Jim Baker!

All I can say is WOW!

Some lucky, and I'm hesitant to use that word because of the hard work and committment involved, handler will be proud to display that award!