Voting by the general membership of the National Red Setter Field Trial Club for induction into the Red Setter Hall of Fame begins this month!  Members will have the opportunity to vote for 1 deserving dog (must be deceased) and 1 deserving person (must be deceased or over the age of 64) who has made a significant contribution to the Purest Challenge.  Nominations and a list of eligible dogs and person were published in the July-August issue of The Flushing Whip, along with a voting ballot.  Be sure to mark your ballot and return to the editor of The Flushing Whip no later than September 6, 2012.
Posted by redpups at 2:42 PM No comments: 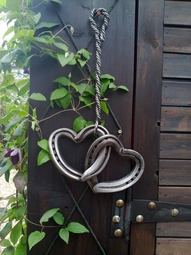 Something nice to do with old horseshoes...
Posted by redpups at 8:04 AM No comments: 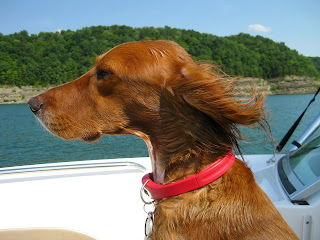 Dexter enjoys a day of boating with the family.  Hope everyone out there is relaxing before the hunting and field trial season begins!
Posted by redpups at 9:47 AM No comments: 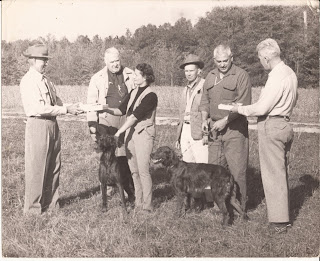 Posted by redpups at 7:10 PM No comments:

Scenes from the past... 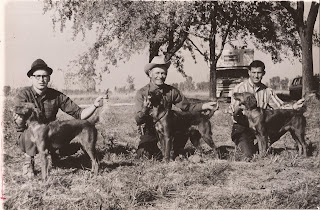 Posted by redpups at 4:02 PM No comments: