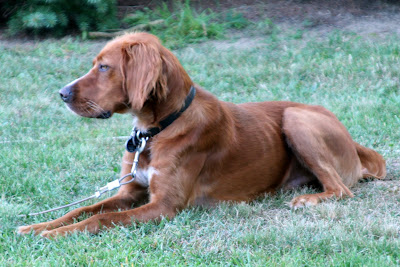 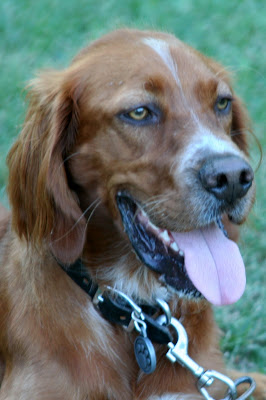 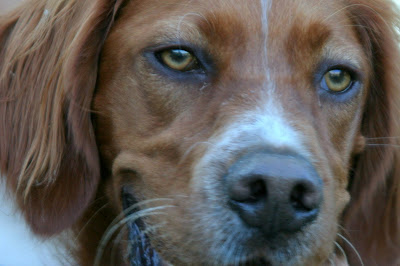 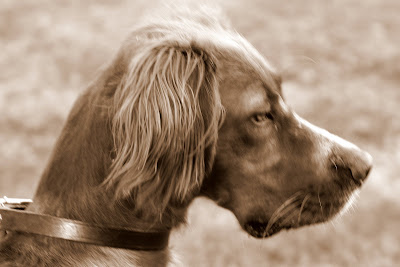 Here are some pics of Finn... owned by Joe and Mary Cornely. Finn is out of King Cormac x Flushing Whip Flash Edition.

Posted by redpups at 5:41 AM No comments: 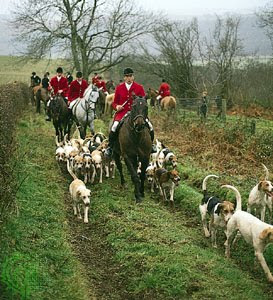 Sept. 1 (Bloomberg) -- Former U.K. Prime Minister Tony Blair said he deliberately sabotaged the ban on fox hunting his government introduced, calling it "one of the domestic legislative measures I most regret."

In his memoir "A Journey," published by Random House today, Blair said he ensured that the 2004 Hunting Act was "a masterly British compromise" that left enough loopholes to allow hunting to continue "provided certain steps were taken to avoid cruelty when the fox is killed." He also told Home Office minister Hazel Blears to steer the police away from enforcing the law.

Blair's 1997 pledge to give Parliament a vote on the subject dogged him throughout his time in office, with lawmakers opposed to hunting repeatedly trying to introduce a ban. Each time, hundreds of thousands of hunt supporters marched through London, and in 2004 some invaded Parliament.

"The passions aroused by the issue were primeval," Blair, 57, wrote. "If I'd proposed solving the pension problem by compulsory euthanasia for every fifth pensioner I'd have got less trouble. By the end of it, I felt like the damn fox."

Conservative Prime Minister David Cameron, who described the law last year as a "farce," has promised a vote on repeal. Since the act came into force in 2005, only three hunts have been successfully prosecuted, according to the Countryside Alliance, which was formed to oppose the ban.

"I won a bet with Prince Charles about this," Blair wrote. "He thought the ban was absurd, and raised the issue with me in a slightly pained way. The wager was that after I left office, people would still be hunting."

Blair said he initially agreed to a ban without properly understanding the issue. Then, during a vacation in Italy, he found himself talking to the mistress of a hunt near Oxford.

"She took me calmly and persuasively through what they did, the jobs that were dependent on it, the social contribution of keeping the hunt and the social consequence of banning it, and did it with an effect that completely convinced me," Blair said.

--With assistance from Laurie Muchnick in New York. Editors: Eddie Buckle, James Hertling.
Posted by redpups at 9:27 AM No comments: