Fastest Way To Change A Species? Start Eating It...

From the dwindling Atlantic cod to the increasingly rare American ginseng plant, species are racing to adjust to relentless human exploitation. According to a new analysis, the rate at which hunted and harvested species are changing their size and breeding schedules is unmatched in natural systems. Ecologists say the results point to errors in the way we manage fisheries and other harvested populations.
Researchers have noted rapid changes in heavily exploited fish and other species since the 1970s. To name one famous example, adult Atlantic cod (Gadus morhua) have decreased 20% in size over the past 30 years, and females now reproduce a year earlier than they used to. Although such hunting-induced alterations seem rapid, evolutionary biologist Chris Darimont of the University of Victoria in Canada, and colleagues wanted to determine whether they outpace changes in nonharvested organisms. 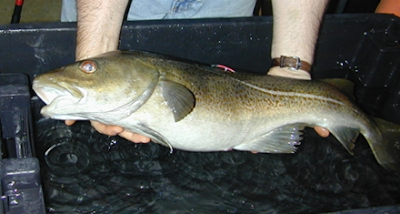 The team compiled 34 scientific papers that measured shifts over time in exploited species' breeding schedules, overall size, or size of specific body parts. The studies included 29 species--mostly fish but also a few invertebrates, mammals, and plants. The team compared these studies with two databases: one for species such as Galápagos finches that had changed through natural selection and one for nonhunted species exposed to other human influences such as pollution or introduction to new habitats. All three categories included some rapid modifications, so "comparing the databases was kind of a showdown," Darimont says.
Hunted organisms won hands down, the team reports online this week in the Proceedings of the National Academy of Sciences. Exploited species transformed on average three times faster than those in natural systems and 50% faster than species subject to other human interference. Moreover, almost all the exploited species--from bighorn sheep to the Himalayan snow lotus-- were shrinking, breeding earlier, or both. 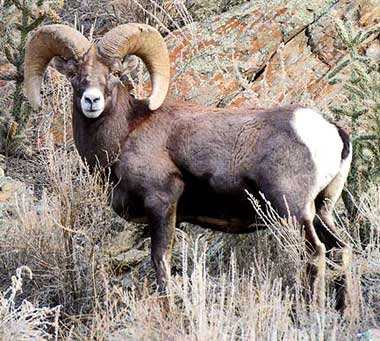 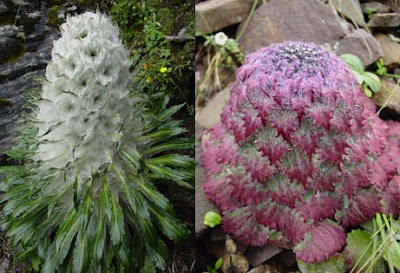 The human custom of taking a large percentage of the prey population and targeting the largest individuals--as with cod fishing--favors small individuals that breed before reaching trophy size, says Darimont. "[It's a] perfect recipe for rapid trait change." And it’s also bad news for the food supply: Smaller sizes and altered breeding schedules could decrease species' abundance, hinder their ability to recover from exploitation, and ripple through ecosystems by altering interactions with predators and competitors. "When you start monkeying around with links in food webs," Darimont warns, "there could be devastating results."
Steve Palumbi, a marine biologist at Stanford University's Hopkins Marine Station in Pacific Grove, California, notes that some changes in hunted organisms are due to acclimation without underlying genetic change. Unlike evolution, acclimation can reverse within an organism's lifetime, so it will be important to clarify which processes are at work in exploited species. Nevertheless, "I support the basic conclusion," Palumbi says, emphasizing that ecosystems will not function normally in the face of such rapid change.
The results are the first to put hunting and harvesting in context with other pressures that drive species changes, says Jeffrey Hutchings, an evolutionary ecologist at Dalhousie University in Halifax, Canada. "This is something we need to be ... taking steps to mitigate," he says. Lowering quotas and creating refuges free of exploitation, for instance, might preserve organisms' normal size and life cycle.