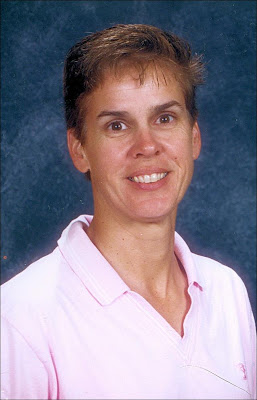 
The National Red Setter Field Trial Club is devastated to hear of the loss of our dear friend and longtime member Holly Bruns. Holly was killed October 31, 2008 after being struck by a drunk driver while riding her bicycle home from the school where she worked as a teacher. Holly was the daughter of longtime NRSFTC Board member Dale Bruns, who passed away just a year ago. She had been in charge of our awards and trophies program for many years, and usually was found at our National field trials scouting for her dad or running one of their family red setters. The National Red Setter Field Trial Club and its membeship mourns the loss of this wonderful women who did so much, not just for our club, but for her students and her community. 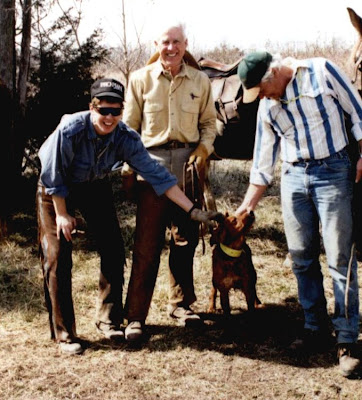 Holly, Dale and Don Jones enjoying one of their field trials

Obit from the Greensburg IN newspaper...
Holly Ann Bruns, 52 of Westport, formerly of Millhousen, Indiana passed away on October 31, 2008 as a result of a bicycle-car collision. She was born on December 19, 1955 in Greensburg, Indiana. She was the daughter of Dale Edward and Teresa Caroline (Wickens) Bruns. She attended the Immaculate Conception Catholic School in Millhousen from 1962 - 1970. She attended the Immaculate Conception Academy (ICA) in Oldenburg (currently named Oldenburg Academy) from 1970 - 1974. She finished ICA with one Athletic Letter in three sports. While at ICA, she was also a coach, official, and Coordinator for the Academy’s Intramural Programs. She attended Marian College in Indianapolis, (a continuation of her education by The Sisters of St. Francis) from 1974 - 1978 with a major in Biology and a minor in Physical Education along with a teaching degree. She lettered in volleyball and basketball for four years while at Marian. She had taught at South Decatur High School since 1978. She taught Physical Education, Health, Science and Biology. She coached for 17 years at South Decatur in volleyball, basketball and softball. She was selected Conference Volleyball Coach of the Year seven times as her teams won nine sectional titles. Her numerous awards in coaching and athletics are too numerous to mention individually. She was All American in Summer Softball, but most memorably, she was honored by ICA’s "Ammann – Brinkmoeller Award". This award is in memory of two legendary contributors to ICA’s Women’s athletics, Pat Brinkmoeller and Sister Mary Ammann. The award signifies someone who has not only demonstrated dedication to the academy’s sports program and their development, but also to the growth of students to compete. She was active in the Fellowship of Christian Athletes and activities at The Immaculate Conception Catholic Church in Millhousen. She was an avid softball player and bicyclist, participating in competitive bicycle races for many years an avid recreational bicyclist in recent years. She has won numerous awards and medals in competitive bike racing including winning the White River Races. She was also very active in The Red Setter Field Trial Club with her father, Dale E. Bruns, where she competed with Red Setter Field Trial Dogs. She will be missed. Her love of family, church and sports was legendary. She has touched the lives of innumerable students either through teaching or coaching.
She is survived by her mother, Teresa C. (Wickens) Bruns of Millhousen; two sisters, Dr. Donna (Jerry) Bruns-Stockrahm of Rollag, Minn. and Teresa "Tess" (John) Bruns-Boldrey of Columbus; four brothers, Dr. Dale Anthony (Christina) Bruns of Dallas, PA, Thomas Joseph Bruns of Batesville, James Alfred (Christine) Bruns of Batesville, Timothy Dale (Karen) Bruns of Batesville and 14 nieces and nephews.
She was preceded in death by her father, Dale Edward Bruns on July 27, 2007.
A Rosary will be prayed for the family at 3:30 p.m. on Thursday, November 6 at the South Decatur High School Gymnasium. A public visitation will follow from 4 - 8 p.m. in the gymnasium. A mass of Christian Burial will be held at 1:30 p.m. on Friday, November 7 at the Immaculate Conception Catholic Church in Millhousen with Father Rob Hankee officiating. Burial will follow in the Immaculate Conception Catholic Cemetery.
Arrangements were entrusted with the Bass and Gasper Funeral Home.
Memorial contributions may be made to the Holly Bruns Memorial Scholarship for South Decatur Students and Immaculate Conception Academy (a.k.a. Oldenburg Academy) Students or to The Immaculate Conceptions Catholic Church at Millhousen through the Bass and Gasper Funeral Home.
Online condolences can be made to the Bruns Family at http://www.bassgasper.com/ 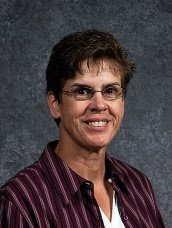