With our country in the throes of political activity as we prepare for the election of our next President, I have been recently fascinated with the histories of some of our past Americans who have held this office. One of my favorite Presidents is Theodore Roosevelt. A historian, naturalist, explorer, author, and soldier, he epitomized the ideal of an American leader... fair, moderate, willing to attack unfair situations for both the average citizen as well as the average business. His willingness to attack corporate entities that he considered monopolies, as well as his historical and precedent-setting Square Deal, made him a model that certainly our current political candidates could learn from. But one of his most outstanding traits was his passion for the out-of-doors, his desire for conservation of our natural wonders, and his love of the hunt. What field trialer or hunter among you would not feel a tingle of excitement, or perhaps tightening of the throat, the rising of the hairs on your back, as you read the following passage by Roosevelt... 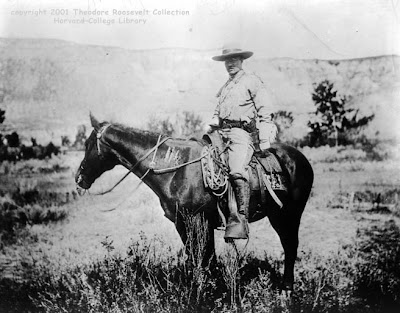 "No one but he who has partaken thereof can understand the keen delight of hunting in lonely lands. For him is the joy of the horse well ridden and the rifle well held,; for him the long days of toil and hardship, resolutely endured, and crowned at the end with triumph. In after years there shall come forever to his mind the memory of endless prairies shimmering in the bright sun; of vast snow-clad wastes lying desolate under gray skies; of the melancholy marshes; of the rush of mighty rivers; of the breath of the evergreen forest in summer; of the crooning of ice-armored pines at the touch of the winds of winter; of cataracts roaring between hoary mountain masses; of all the innumerable sights and sounds of the wilderness; of its immensity and mystery; and of the silences that brood in its still depths." 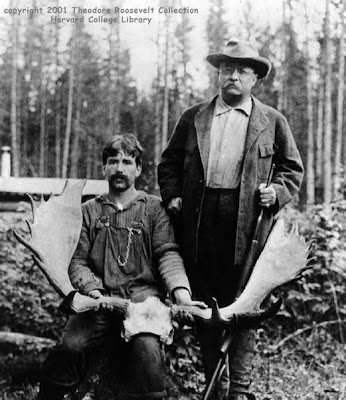 Anyone who has run the open prairies, the Allegheny woodlands, the piney woods of the south, or the wetlands of the coastal regions knows what Roosevelt felt... it's bigger than words can describe, and it certainly makes life worth living... were Roosevelt alive today, there is no doubt in my mind that we would have a string of pointers or setters in the back of the White House, a flushing whip hanging on the wall, and a tucker saddle in the horse trailer... heck, I suspect he'd even have a red setter or two, just for hunting those tough spots... now, wouldn't that be nice?? 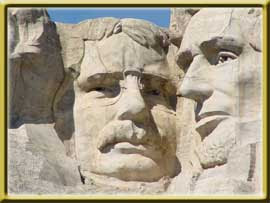