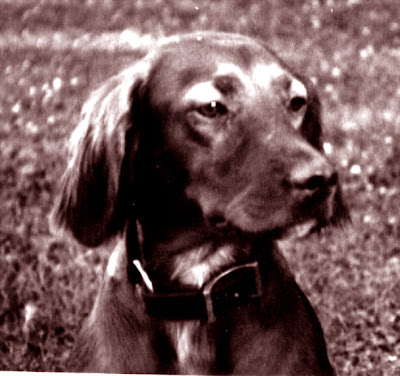 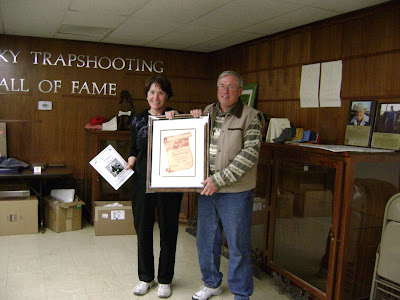 We were especially honored and pleased this year at our 2009 National Championship to award entry of Wing Shot Fling into the Red Setter Hall Of Fame. Bob and Catherine Gove traveled from Princeton Minnesota to our trial grounds to be present for the awards ceremony, which took place on Friday evening of March 6 2009 at the Central Kentucky Wildlife Management Area. President Don Beauchamp presented Bob and Catherine the Hall of Fame scroll, and Bonnie Hidalgo spoke of the greatness of this red setter in a moving speech that left many in tears. Wing Shot Fling was a once in a lifetime dog, and she has now found a deserving resting place among the Great Ones in the Red Setter Hall of Fame.

Congratulations to Bob and Catherine, and to Hall of Famer
Wing Shot Fling

Bob Gove says a few words about his beloved "Fling"

"We are very honored to have Wing Shot Fling, a dog we were privileged to share life with, elected to the Irish Red Setter Hall of Fame! We are very appreciative to all the members who voted her in and to those who share the memory of this wonderful dog with Katherine and me. To quote the late singer song/writer Jim Croce, I’d especially like to thank “my best old X friend” Stan Zdanczewicz for nominating her. (Stan’s a music aficionado) Whelped February 5, 1978 Fling Came to me in April from the Rambling Red Irish Setters kennel of Anne Marie and Randy Kubacz, they could not have sent me a better dog. She was regally bred and her pedigree reads like the Who’s Who of Red Setterdom. Her Dam Turkey Talk Polly has produced many fine pups and had fountainhead-breeding close-up. Her sire the legendary Abra needs no elaboration. 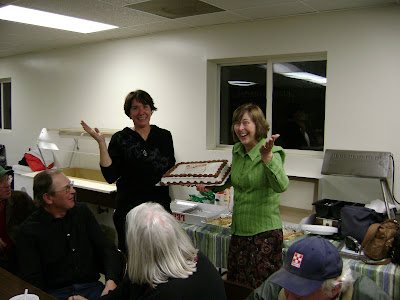 Catherine Gove and Deb Fazenbaker show off the "Fling Cake" !! 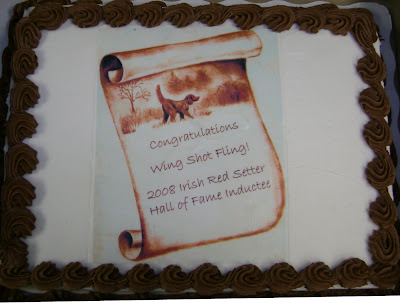 A PRODUCT OF THE PUREST CHALLENGE

HELP US HONOR THE CHALLENGE...