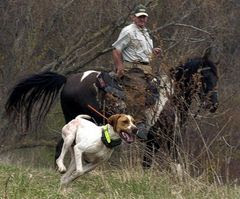 Quail hunters might have to back off field trials at Ionia, Highland
by Howard Meyerson


Quail hunters may need to find fresh areas to hunt if new regulations go into place for the Ionia and Highland state recreation areas. State park officials are hoping to reduce conflicts between field trial participants and hunters who shoot the pen-raised birds put out for field trial events.
"These areas have been open to hunting during field trial days and we have had a few conflicts and some serious confrontations," said Harold Herta, the resource management chief for Michigan State Parks and Recreation Areas. "It's an issue of great importance to field trialers and it has become a safety concern."


The rule, expected to be acted on by the Natural Resources Commission in April, would prohibit quail hunting on any day a field trial is conducted at the Ionia or Highland field trial grounds. Trials are scheduled at Ionia on 16 days during the 25-day 2009 quail season. They are scheduled for six of those days at the Highland State Recreation Area, north of Milford.
Quail hunting would be allowed any other day during the quail hunting season. It would also be permitted on non-field trial portion of each recreation area on the days that field trials were scheduled. 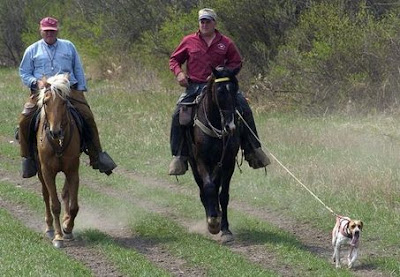 Field trial grounds comprise 2,800 of Ionia's 4,500 acres. They make up just under 1,000 of Highland's 5,900 acres. Rabbit, squirrel and bowhunters would continue to be permitted to hunt all of the lands, even during a field trial.
"We're not asking them to stop hunting," said Chuck Langstaff, the grounds chairman for the Ionia Field Trial Association. "If a guy is bowhunting, we don't have a problem with it. Same with duck hunters on the floodings."
What field trialers complain about is the people with guns who come out on field trial days and, in turn, follow and hunt the route of field trial staff who are releasing farm-raised quail purchased for the event.
Attempts to verbally deter the hunters have escalated dangerously, according to Langstaff.
"The straw that broke the camel's back is when one of the hunters put a gun up to a field trialer's chest during an event," he said. "The police came and took the guy away, but it is becoming a safety issue."
Herta said the rules were developed with a scalpel in an attempt to balance hunter's rights to use public land during a legal season with the need for safety and fairness to field trialers who have contractual agreements with the state, schedule their events in advance and maintain the grounds.
Questioned by NRC commissioner Frank Wheatlake last month about whether the DNR had contacted "the other side" for an opinion, Herta responded saying, "We're not sure who the other side is."
Ted Kessler, the Ionia State Recreation manger said he had not been able to identify the quail hunters. He knows of no organized group that represents their interests and cannot say whether they were local or otherwise. The complaints typically filter back to him through the field trial organizations.
"Ionia has world-class field trial grounds," Herta said. "People come there from all over the country."
Field Trials are events that test the capabilities of field-dogs, hunting species bred to find, flush or point birds. Their owners/handlers may follow on foot or horseback through a course. The dog's performance is judged and scored.
An entire gallery of participants and fans may follow a working dog on horseback. They enjoy watching the dog run and be put through its paces. The dogs are expected to find a quail, point and eventually flush the bird on command, then hold steady until its handler fires a pistol.
"We don't kill the birds. We use starter pistols," Langstaff said.
That means the quail may live to be chased another day, or hunted, which is fine with field trialers.
Bobwhite quail are indigenous to southern Michigan, according to Jon Niewoonder, the DNR wildlife biologist who oversees the Ionia recreation area. But there are few to be found naturally.
"What is being proposed makes sense," Niewoonder said. "There are very few quail to be found in southern Michigan. If you go to any farm, you almost won't find any.
"The quail hunters are there because the quail are there (at Ionia and Highland) and the quail are there only because the field trialers put them out. If there was no field trial, there would be little reason to hunt there."
Bill Althoff, the supervisor for the Highland State Recreation Area, said he didn't initiate the proposed rule change, but supports them and believes it will make the areas "safer."
"The hunters are following the field trialers as they lay out the birds. When the trialer asks them not to shoot them, they are ignored. The birds are shot and there are cross words. We typically get two to three complaints about confrontations every year."
Posted by redpups at 9:49 AM