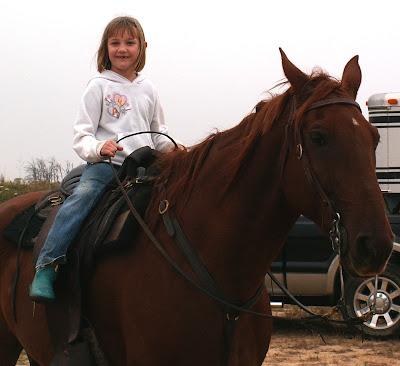 Kylie Hill ready to head to the breakaway! 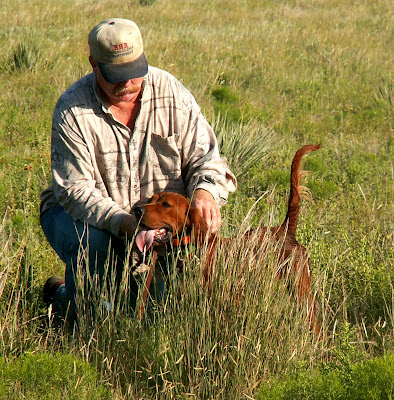 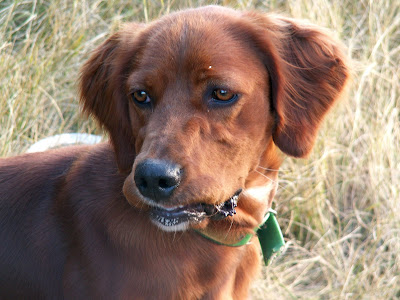 A few months ago Don Beauchamp of Cheney Kansas reported that a puppy out of one of his red setters (Chaparral) had placed in a big All Age stake on the North Dakota Prairies. Kylie’s Rising Star (red setter male whelped Sept. 4, 2008) took a 3rd place against 24 major circuit All-Age Derbies. Nine professional All-Age handlers competed with their top prospects at the Dr. D.E. Hawthorne Border Classics hosted by the North Dakota Open All-Age Field Trial Club at Columbus, North Dakota, September 9, 2009. The open All-Age Derby concluded on September 15. Star was only 1 year old at the time of the trial.

Well, we finally got a couple of pics of this dog. Better yet, "Star" is owned by a 6 year old girl in Texas by the name of Kylie Hill who sometimes handles her off of horseback! She occasionally lets her dad Gary work the dog :) Great job Kylie, Gary, and Star!