Steve Witz of Idaho sent a few pictures of one of his red dogs... this is Pal, a red setter out of King Cormac x Flushing Whip Flash Edition, working through the paces in the high country. Steve says she's hitting her birds and holding very nice, working on wild coveys of huns and grouse. Steve also owns another red dog, Cherry, out of Breakstone x Applebee.
Thanks Steve for the pics! 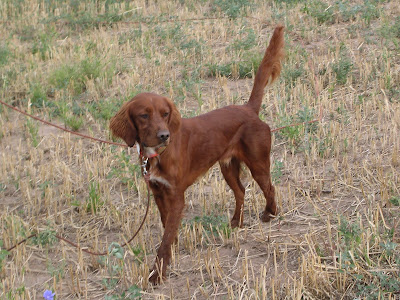 Pal working a bird on checkcord 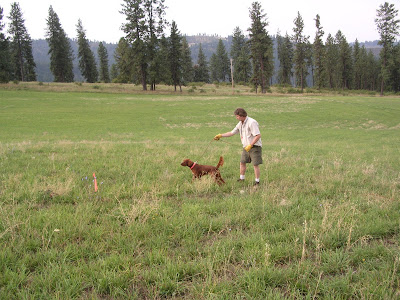 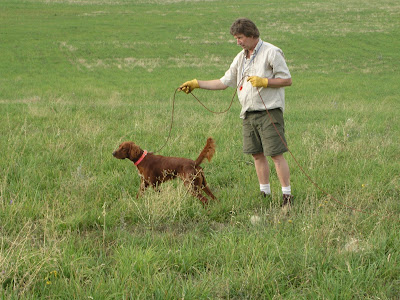 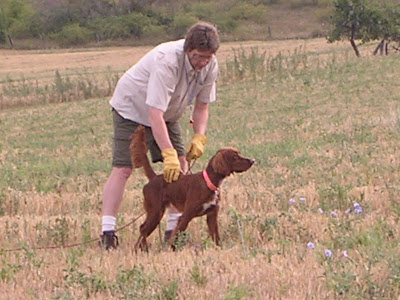 
Products of the PUREST CHALLENGE

Join Steve and those dedicated to the pursuit of the Purest Challenge... become a part of red setter history and continue the work of the National Red Setter Field Trial Club.
Honor The Challenge
Posted by redpups at 5:00 PM