We will be vindicated...

For over 50 years the National Red Setter Field Trial Club has been chastised by various breed clubs and breeders for their open adimission of the necessity of using crossbreeding as a valid tool in the breeding and improvement of the Irish red setter. In more recent times, however, advances in canine genetics and an increasing knowledge of population genetics is bringing about a new understanding of the importance of looking at multiple tools in the improvement of canine breeds. Geneticists and veterinarians are increasingly calling for a new paradigm in how dogs are bred and registered. The Victorian concept of the closed registry and its notorious concept of "breed purity" is being increasingly questioned, as modern genetics discounts the illusion of purebreed dogs.

Last September a veterinarian in Ontario Canada published a very timely and informative article on the issues of closed registries. The article is presented here for your information. Anyone who cares about the Purest Challenge needs to read this article, for it vindicates our efforts. Ned LeGrande was ahead of his time. 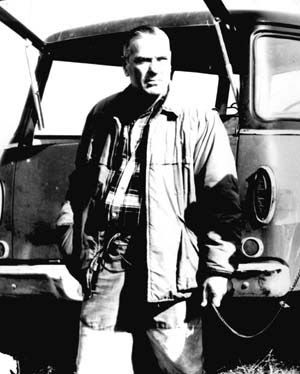 Article also available on the internet at http://www.pubmedcentral.nih.gov/articlerender.fcgi?artid=1950109

More than 500 genetic defects exist in today’s purebred dogs (1). Inherited diseases such as hip dysplasia, brachycephalic airway syndrome, cardiomyopathies, endocrine dysfunctions, blood disorders, and hundreds more, affect the quality of life and longevity of these dogs. Over 400 breeds currently exist, but they are artificial constructs of human fancy, instead of the evolutionary outcome of natural selection (2,3). The wide array of genetic diseases found in purebred dogs reflects their unnatural development, by kennel club associations and breeders who are largely responsible for this welfare predicament (2,4–6).
Veterinarians have also facilitated the progression of this situation, and as knowledgeable animal health care professionals, they must partake in its resolution (1,4). Hopefully, dog owners, responsible breeders, veterinarians, and animal welfare scientists can assert enough pressure to convince the Canadian Kennel Club (CKC), and other breeder associations, to re-evaluate and redefine their breed standard regulations to end the inbreeding that causes so many genetic problems (7–9).
Several aspects of purebred inherited diseases must be investigated to determine what changes need to be made in current breeding practices, and how these changes can be implemented effectively. The historical role of dog fancies, modern kennel club breed standards, breeding methods, and canine genetics must be explored to understand the main causes of the problem and how it can be resolved. Pertinent breeder and veterinarian ethical responsibilities should also be considered.

The health of purebred dogs is such that the level of occurrence of genetically inherited defects is unacceptably high (31). Many changes within breed associations must be initiated to improve this welfare situation: this must be made a priority. Changes should include the following: 1) revision of Breed Standards so that equal emphasis is placed on function, utility, and type, 2) discouragement of selection for physical traits that are overtly detrimental to breed health, 3) obtaining of breed registries to introduce new genetics in all breeds, 4) institution of regulations on Founder population numbers of new breeds and upper COI limits allowable in registered dogs, and 5) the use of modern technology to monitor breeder compliance with new regulations. As stated by the late Dr. George Padgett, “if we want to make any impact in controlling genetic disease in dogs, we must agree that an ethical approach is based on fairness, openness, and honesty. While traditions are important to us and should remain important, they should be changed if they conflict with the exercise of our ethics as dog breeders” (32).
As veterinarians, we have a moral obligation to participate in the control of genetic disease. The high frequency of genetic disease that has developed in purebred dogs over the last century has resulted in the desensitization of society and veterinarians to the resultant welfare issues to such an extent that the production of anatomically deformed dogs, such as pugs and daschunds, is neither shocking nor considered abnormal. To the contrary, it is taken for granted as part of a typical day as a veterinarian to see such dogs paraded in and out of the clinic for treatment of their problems. But there is no need for the sad state of our purebred dogs to be considered normal, and there is no reason that it cannot be changed. It simply requires initiative and effort on the part of veterinarians, breeders, and breed associations. Rather than endlessly treating inherited diseases, hoping that we give some level of comfort to our patients and make their lives a bit easier, we should work on preventing such poor states of health before they occur. It is our job, for who else will look out for the welfare of our loyal canine companions, other than veterinarians?