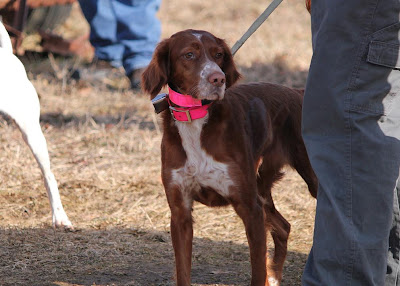 The Ruffed Grouse Society in Michigan runs a series of regional gun dog trials for their members to compete it. The trials are judged similar to NSTRA events. The top four dogs from each regional trial qualify to compete in the MI Gun Dog of the Year Trial.


I have ran my red setter, Ivy, in these events for the past two years. She had done well, but not well enough to earn a placement. This year was different.... As the lone red setter in the 26 dog field, she ended up in the top spot at the end of the day. She had three finds with a very animated and efficient race. The judges said she was the nicest moving dog at the trial. 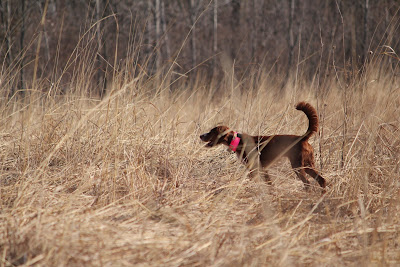 For once in my life, some poor shooting actually helped us out. On her third and final find, she locked up hard on a chukar on the edge of a woodlot. I flushed the bird and only managed to hit it lightly with my second shot. The bird sailed down and dropped into a small valley about 100 yards away. Ivy saw it go down and dug into the cover looking for the bird. I heard her bell heading my way, and sure enough, she popped over the hill carrying the bird. She dropped the bird at my feet, shook off some water, and kept right on running. This lengthy retrieve sealed her spot as the top dog of the day. 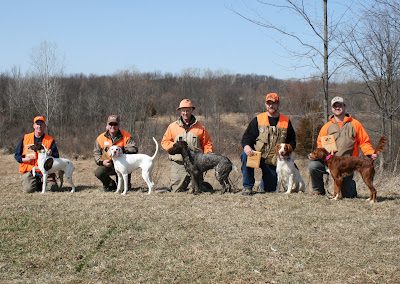 Ivy is out of Ch King Cormac x Red Ivy Shelby Girl.
We spend most of our time afield chasing ruffed grouse and woodcock in northern Michigan and also make an annual trip to South Dakota.