I don't normally post information on puppies available for sale on the blogsite, since we have a spot on our website to post puppy info, but this is a special case and so I'm taking the liberty of giving someone a little exposure to help him sell some red setters...

Several years ago, 2009 to be exact, a youngster by the name of Brian Morgan attended our National Championship in Berea with his dad. I remember the week well because it was the year that Wing Shot Fling was inducted into the Red Setter Hall of Fame. That year, during our annual auction, Jim Ashby had donated a puppy out of his Hondo litter, and Brian Morgan bid on the puppy and won! Brian joined the National Red Setter FTC, and was actually the youngest dues-paying member in the country. Now, fast forward to 2011. Brian is a bit older now, but still very much involved in red setters. He has his Hondo puppy, called "Lucky", and he also a very nice female called "Roxie" who is largely Brophy breeding out of Ken Ruff's red setter line. As fate would have it, Lucky and Roxie got together, and now Brian has a litter of red setters! Brian has 4 males and 1 female for sale. So, if you've been thinking about getting a red setter, please give Brian a call. This breeding is from quality blood lines... both Jim Ashby and Ken Ruff have been in this game for a while, and have produced high quality red setters time and again. These dogs will make excellent bird dog prospects for hunting and/or field trialing. Brian's contact numbers are 859-250-2275 or 859-466-2381. Thanks for supporting this young man's efforts at honoring the Purest Challenge! 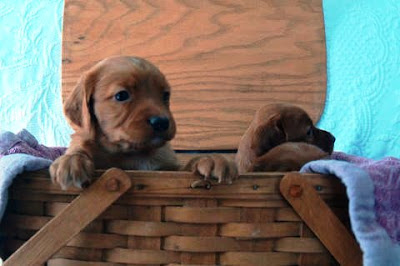 Puppies from Lucky and Roxie 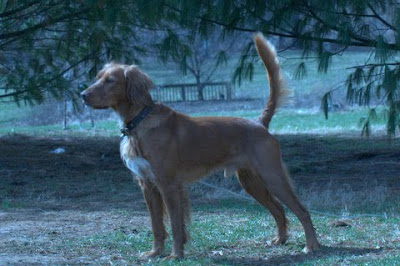 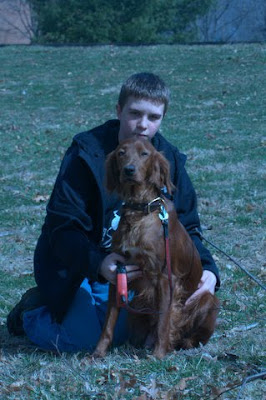 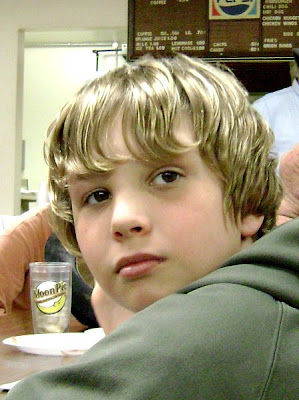 A younger Brian at the 2009 National Championship 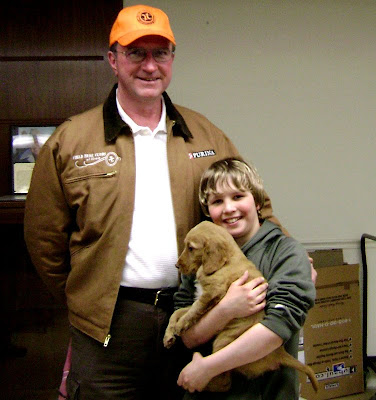 Jim Ashby and the proud new owner of "Lucky"
A special thanks to Jim Ashby for donating an item that really hooked someone into the Purest Challenge!
Posted by redpups at 8:45 PM