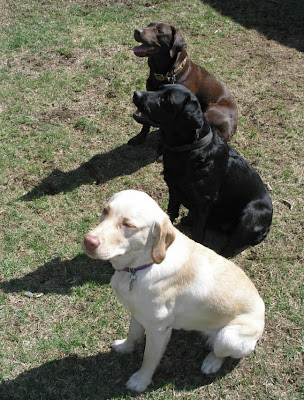 (From the Sioux City Journal)

By Lynn Zerschling | Posted: Wednesday, July 01, 2009
SIOUX CITY
-- The city councilman who led the drive to ban pit bulls in Sioux City is
waiting to find out whether his Labrador retriever will be euthanized for biting a neighbor. 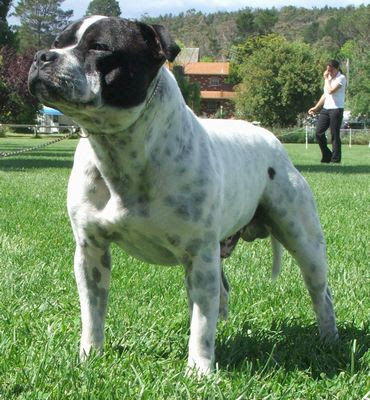 Councilman Aaron Rochester said Tuesday he has appealed Sioux City Animal Control's determination that his family's yellow lab is vicious after Saturday's incident, which resulted in an emergency room visit and five stitches for the injured neighbor. Sioux City Police Capt. Pete Groetken said he held a hearing on Rochester's appeal Tuesday morning and will reach a decision by the end of the week. He can either uphold Animal Control's designation or overturn it. The 3-year-old dog, Jake, is being held at the Animal Control shelter until the case is resolved. At 4:45 p.m. Saturday, a man and woman who live in the neighborhood walked by the Rochesters' home in the 1300 block of 46th St. The lab was sitting on the front porch. As the couple walked by on the sidewalk, the dog ran off the porch and jumped the man, Groetken said.. The neighbor suffered a scratch to his right leg as he tried to push the dog away, some marks on his chest and bites to his thumb that required five stitches at a hospital emergency room. Groetken declined to identify the man because the case remains under investigation. Rochester said his neighbor did not wish to be identified, and other neighbors contacted by the Journal said they did not know who he was. Rochester said he and his wife, Amy, held a birthday party for their youngest child, Kate, on Saturday. Amy had gone inside their house while Kate and a friend played outside. Rochester said he had left the party to drive his eldest son to work. "(Amy) heard something and yelled at Jake to come in the house, and he ran in the front door," Rochester said. "The people know our dog, and the wife said Jake would bring her a tennis ball and she would throw it. He is a great watchdog. My speculation is, he was watching our children and may have thought they were in danger." An Animal Control officer impounded Jake on Saturday after the dog bite was reported. Rochester said someone at the hospital called police to report the bite, which he said is standard practice. Last year, Rochester led the council's controversial effort to ban future ownership of pit bulls in Sioux City. Rochester supported his position with Animal Control reports showing that type of dog is the most apt to bite people. Pit bull owner Amanda Gardner, who helped lead opposition to the ordinance, said Tuesday night: "I don't wish any dog to be put down. But how many little kids have cried because their pit bulls have been banned from the city or euthanized? In Aaron's words, a bite's a bite." Dog owner Terry Mann, who also opposed the pit bull ban, said, "Labs are one of the best breeds there are; the most friendly. ... I don't think the dog should be put down at all." Rochester emphasized that he has not gotten special treatment because of his position as an elected official. "It happened Saturday afternoon, and Animal Control had my dog by Saturday night," he said. "I did not get special treatment." Vicious-dog proceedings Police Capt. Pete Groetken has two choices when he hears cases of animals declared vicious by Sioux City Animal Control: He can uphold or overturn the ruling. If he upholds the decision, the pet owner may appeal his ruling to a special master appointed by the city manager and eventually could appeal the master's decision to court. If in the end the dog is found to be vicious, the animal must be euthanized. "I have yet to have an owner say go ahead and euthanize my dog," Groetken said. "There is language in the city code that says if the owner refuses to do it, the city can do it." Last year, the City Council redefined vicious animals. To be declared vicious, an animal must bite or harm a person or another animal. The injury would have to cause "bleeding or noticeable and documented injury to the person" or significant injury to another animal or fowl that requires medical attention. A trained guard dog or K-9 is not subject to that provision. Pet owners used to have the option of placing their pets in homes outside the city limits, with the approval of Animal Control. Last year, the council ruled that owners no longer can do that. The council noted other cities and counties are banning vicious dogs from being placed in their jurisdictions.
Posted by redpups at 7:42 AM