Dog owners in Pennsylvania were beset by two pieces of bad legislation this week.

HB 2525 regulates a million dog owners and owners of 2,700 licensed kennels in the state. It passed the House Agriculture Committee by a 17-12 vote Wednesday. All but one Republican (Rep. K. Boback) voted against the bill, and all Democrats (the majority party) voted in favor of it.

It appears that the final bill reflects some of the promises made to dog ownership advocacy groups during the past several months of negotiations, but that the Democrats have reneged on other promises.

Some dog owners groups have withdrawn their opposition to this legislation, but the American Sporting Dog Alliance continues to oppose it in its present form. While we support changes that affect commercial breeders, these represent only a small part of HB 2525. The rest of the bill has serious impacts on all dog and kennel owners. The text of several amendments has not been published thus far We will issue a full report on this legislation in the next couple of days.

The other legislation is HB 2532, which provides what amounts to be a de facto partial or complete ban on tail docking, ear cropping and dewclaw removal by anyone except a licensed veterinarian. Although most other dog owners’ organizations have not taken a clear public stance on this bill, the American Sporting Dog Alliance categorically opposes it.

Dew claws on a red setter

HB 2532 passed the House Judiciary Committee by a 28-1 vote Tuesday, with only Republican Rep. T. Creighton voting “no.”

The bill allows owners to dock the tails of puppies until they pass three days of age, and to remove dewclaws during the first five days. However, the burden of proof is placed on a dog’s owner to prove that this work was done legally before the age limits, or by a veterinarian. It would be difficult for most dog owners to prove this, and a large majority would not be able to prove it. The simple possession of a dog with a docked tail or a lack of dewclaws would be considered evidence of an animal cruelty violation, if the owner cannot prove his/her innocence.

The bill continues a total ban against ear cropping, except by a veterinarian, and anyone who is found in possession of a dog with cropped ears is automatically guilty of criminal animal cruelty in the absence of proof. 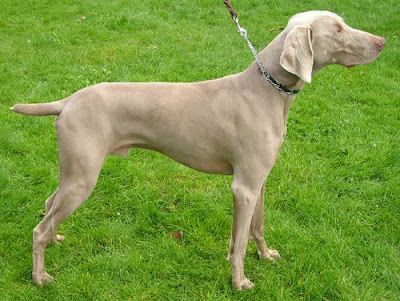 For all of these procedures, HB 2532 struck out a provision that would have exempted dogs if their owners filed an affidavit with a county treasurer that the work was done before the bill is passed.

That means a large majority of owners of many of the most popular breeds will have no way of proving that they have complied with the law. These procedures were done legally in the past on many dogs, or legally by breeders in other states. In many cases, a dog owner has no idea who performed these procedures. Thus, they would be guilty of criminal animal cruelty for noncompliance.

This legislation will destroy rescue work for many breeds if it is signed into law. Most dogs that are assisted by rescue groups, animal shelters and private individuals either come from unknown sources, or do not come with medical records. There will be no choice except to euthanize these dogs, since it will be impossible to establish their legality.

This legislation also will have a severe impact on people who live in other states. On one level, Pennsylvanians will no longer be able to buy puppies from dozens of breeds from nonresident breeders who perform these procedures legally in their home states.

On another level, Pennsylvania professional trainers and handlers will not be able to accept many dogs from out-of-state customers, because proof will not be available.

But a larger impact will be on thousands of people who own dogs and come to Pennsylvania for a vacation, to hunt, or to compete in field trials, dog shows and other events. Anyone who brings a dog with a docked tail, missing dewclaws or cropped ears into Pennsylvania is subject to arrest for criminal animal cruelty charges. 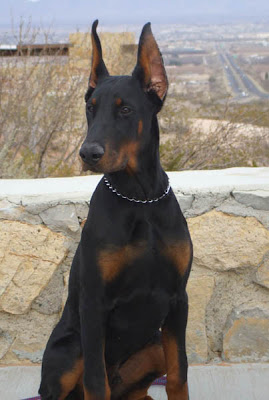 The bill now moves to the full House for a vote. Please contact your own legislator and as many others as possible to express opposition to this legislation. Contact information can be found at: http://www.legis.state.pa.us/cfdocs/legis/home/member_information/representatives_alpha.cfm.
Here is a link to the text of the legislation: http://www.legis.state.pa.us/CFDOCS/Legis/PN/Public/btCheck.cfm?txtType=HTM&sessYr=2007&sessInd=0&billBody=H&billTyp=B&billNbr=2532&pn=4030
The American Sporting Dog Alliance represents owners, hobby breeders and professionals who work with breeds of dogs that are used for hunting. We are a grassroots movement working to protect the rights of dog owners, and to assure that the traditional relationships between dogs and humans maintains its rightful place in American society and life. Please visit us on the web at http://www.americansportingdogalliance.org. Our email is ASDA@csonline.net. Complete directions to join by mail or online are found at the bottom left of each page.

The American Sporting Dog Alliance also needs your help so that we can continue to work to protect the rights of dog owners. Your membership, participation and support are truly essential to the success of our mission. We are funded solely by the donations of our members, and maintain strict independence.

PLEASE CROSS-POST AND FORWARD THIS REPORT TO YOUR FRIENDS

For more information on docking, visit the Council of Docked Breeds at http://www.cdb.org/index.htm
Posted by redpups at 5:48 PM