Our veteran red setter King Cormac passed away today.  In the past couple of months his health had not been the best, and he spent much of his time in the house with Deb and I; this past week he had deteriorated and we made the hard decision to let him go.  Before his retirement at the age of 9, "Mac" was a contender... he had a way of going that caught your eye... smooth and effortless, like a gazelle.  Like any genuine bird dog, he was passionate about his work, and even to his last days he was relentless... last week I let him out to do his business, and found him out in the woods behind the barn pointing a small covey of quail.  Mac traveled the rounds with me over the past 13 years.  As I was digging up the pictures below, I was making a list of some of the places he ran... South Carolina, North Carolina, Beaver Valley PA, Dubois PA, Broome County NY, York PA, Seven Valleys PA, Highland MI, Wooster OH, North Dakota, Grovespring MO, Berea KY,  Greensburg PA, Indian Creek OH, TriValley OH, Darien Lake NY, Killdeer Plains OH... I'm sure I've missed some others.  Mac was an exciting dog to team up with in a trial... he always made my adrenalin go to a new level.  Whatever happened, Mac was going to do it in style.  If he screwed up, he did it in a big way... when he was on, the same.  He placed in more trials for me than any other dog I have trialed.  I'm not a person who runs the championship circuit... I"m just a "weekend warrior."  But, I'm sure, had Mac been in the right hands, he would have had a "Ch" in front of his name.  As it was, he was a champion for me, right to the end.  He was a beautiful, courageous, and passionate bird dog.  We sure had some great fun together.
Rest In Peace, old friend.  We will miss you.

A product of the Purest Challenge 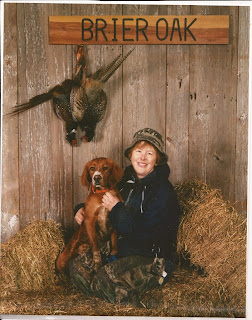 with Deb at Briar Oak Club in Ohio 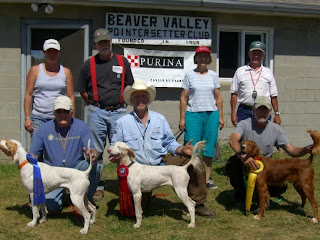 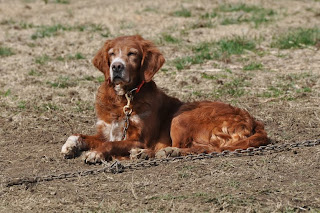 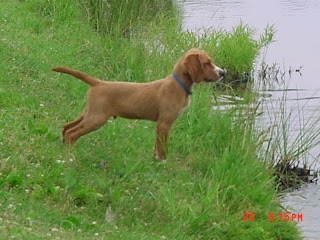 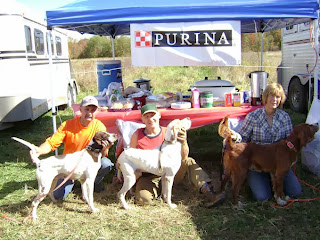 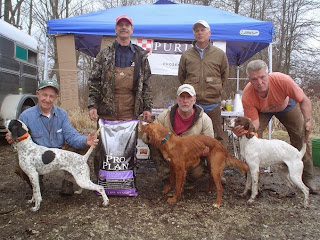 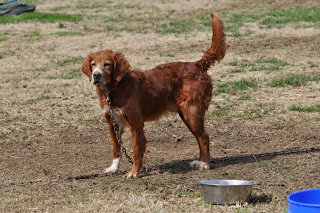 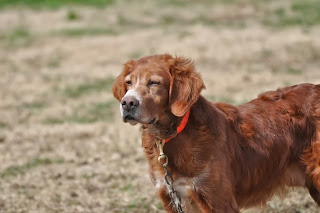 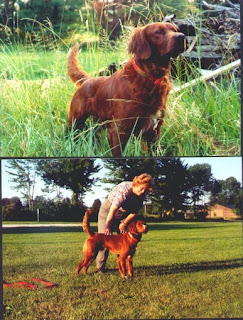 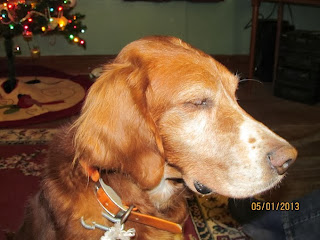 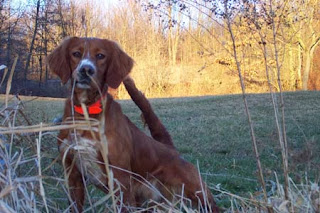 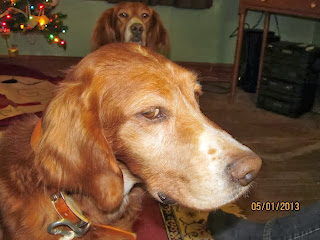 At the house in North Carolina
2012 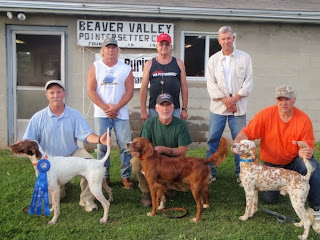 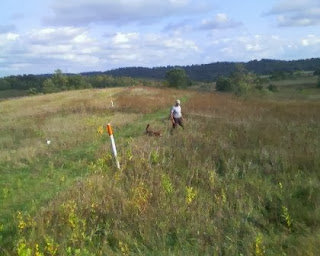 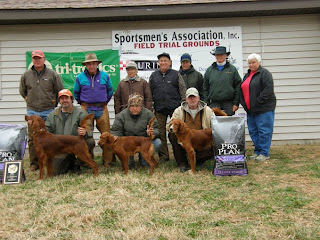 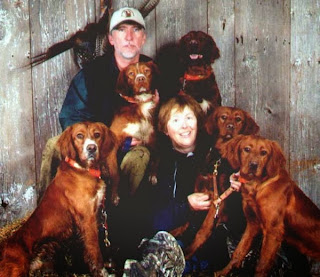