An Outstanding Setter Is Lost... 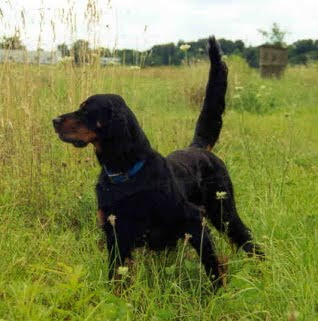 We received word this week of the passing of Gunsmoke Rising, beloved Gordon Setter owned by Sandra Basham-Chapman. "Smokey" placed over 50 times in his career, defeating over 1030 dogs. He finished his AKC FC before he was 3 years old. Sandra handled him to his AFC. He was Ohio Dog of the Year several times, as well as the Gordon Setter Club of America Gundog of the Year. He won the Gordon Setter National Championship in 2003; he also won the Tri-Setter Classic in 2000, 2001, and 2002.